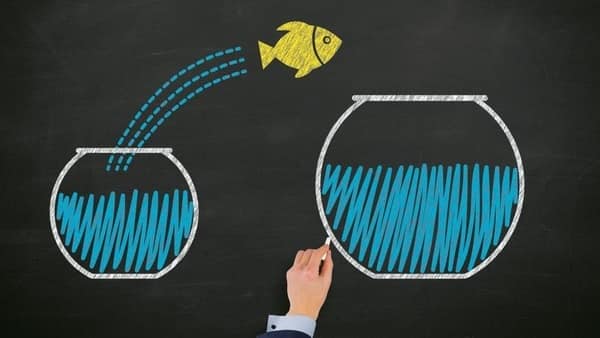 Franklin Templeton Asset Management (India) Pvt. Ltd, one of India’s top 10 mutual fund companies in terms of assets under management (AUM), has upended the industry by abolishing exit loads charged to investors switching from regular to direct plans of its open-ended funds. The decision, which will take effect from 9 May 2019, is likely to encourage a shift from regular to direct plans, which until now was partially impeded by the exit load, a charge you pay for exiting a fund before a prescribed period. Exit load is defined as a percentage of the investment.

The AMC is among the first few fund houses to take such a step. Another AMC to have abolished exit load on the switch from regular to direct plans is DSP Investment Managers Pvt. Ltd.

All open-ended mutual fund schemes have regular and direct plans which are identical to one another, except for one key difference— distributor commissions are charged to investors in regular plans (around 1% per annum in equity and 0.5% in debt funds) but not in direct plans. “This difference can compound to a huge amount over time,” said Lalit Keshre, co-founder of Groww, an online investment platform that offers direct plans. Direct plans are primarily do-it-yourself products with no advice or assistance from distributors that comes with regular plans.

In 2013, the Securities and Exchange Board of India (Sebi) made it mandatory for mutual funds to offer direct plans. It also brought in a category of advisers called registered investment advisers (RIAs) who could charge fees but not distributor commissions on mutual funds.

However, this move, coupled with the growth of online investment platforms offering direct plans, prompted only a gradual shift to direct plans among retail investors. According to data from the Association of Mutual Funds in India (Amfi), as of March 2019, only 17% of the assets of individual investors were invested in direct plans.

“Our addendum removes the one-way load on switches from regular to the direct plan. Going forward, no load will be applicable on any switches within the same scheme portfolio – direct to regular or vice versa, and/or growth to dividend and vice-versa,” said a Franklin AMC spokesperson.

The move is expected to trigger faster shift to direct plans. “This is a very bold and positive step by Franklin Templeton AMC. It gives customers the ability to choose the type of plan that’s best for them,” said Suresh Sadagopan, founder, Ladder 7 Financial Advisories, a financial planning form. “Exit load was a major mental block preventing many from shifting to direct plans. The move will put more money in investors’ pockets,” added Keshre.

However, the distributor community may not be happy with the move. A distributor, on the condition of anonymity, said that Franklin Templeton AMC is noted for its investor-first approach. The fund house started offering the all-trail commission long before Sebi made it compulsory, he added. “However this move may not catch on among small- to mid-sized AMCs which are more dependent on distributors,” he said.

While abolishing exit load will give investors more flexibility, the tax implication may deter investors from making the switch. “Investors should be mindful of possible tax consequences when switching,” said Franklin AMC’s spokesperson.

This is a clear push for investors to switch to direct plans, but it remains to be seen how successful it is.