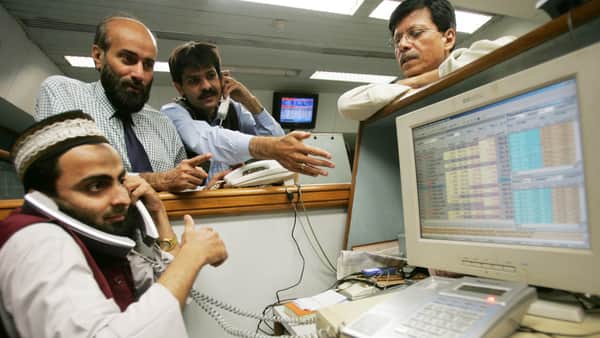 The benchmark index of the Karachi Stock Exchange, the KSE 100, had recouped most of its losses by 1630 IST but it was still down 129 points at 38,692.69, a spectacular recovery after crashing almost 1,500 points in the early part of today’s session.

The KSE 100 touched a low of 37,330.38 during the day’s trade so far. The markets, both in Pakistan and India, have been extremely volatile, owing to the escalating tension between the two nuclear-armed states.

The KSE 100 Index exchange represents 85% of all the market capitalization of the exchange, Pakistan’s largest.

Following Tuesday’s attack by the Indian air force on a Jaish-e-Mohammad terrorist camp at Balakot in Pakistan’s Khyber Pakhtunkhwa province, it was a day of propaganda, accusations, claims and counter accusations and counter claims.

The markets kept trying to absorb the news flow and reacted accordingly. Pakistan Air Force claimed it shot down two Indian aircraft, one each on either side of the line of control. The PAF also claimed to have arrested two pilots.

The Indian Air Force accepted losing one aircraft as well as one pilot while claiming it had shot down an F-16 fighter jet belonging to Pakistan. Tension between the countries has heightened since the IAF’s attack that destroyed JeM’s largest terrorist training camp