District Magistrate of Ghaziabad, Uttar Pradesh has resolved the issue where a Ghaziabad-based elderly couple uploaded a video online claiming torture by their son and daughter-in-law over the property. 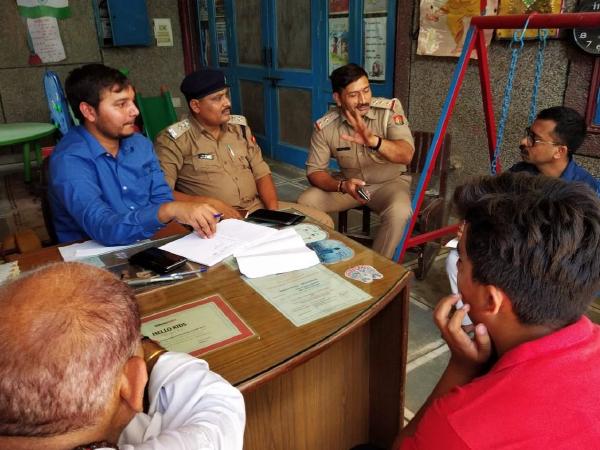 The man was identified as 68-year-old Inderjit Grover, a heart patient and his Pushpa Grover are the residents of MM Road  |  Photo Credit: ANI

Ghaziabad: After an elderly couple on Sunday uploaded a video online claiming torture by their son and daughter-in-law over the property, the District Magistrate of Ghaziabad, Uttar Pradesh has resolved the issue. The DM mentioned that the children have agreed in writing to vacate their parents’ house within the next 10 days.

The elderly couple had uploaded the video online in which they were seen crying and were requesting the police and society to rescue them from the constant mental torture caused to them by their own son and daughter-in-law. The man was identified as 68-year-old Inderjit Grover, a heart patient and his Pushpa Grover are the residents of MM Road in DLF Ankur Vihar, Ghaziabad, Uttar Pradesh.

The couple in the video said that they peacefully living in their house but their son and daughter-in-law were forcing them to sell the house and give them the money. The man said that my son and his wife doesn’t care if we die or live they have been constantly harassing us over the issue.

They also lamented that they had raised their son with good and enabled him to land up in this decent job but after his marriage, the son wanted to extricate them from their property. They added, they had cancelled all property rights of his son in November 2018, even then the son and daughter-in-law did not leave their home.

After the video surfaced online, the DM took cognizance of the matter and resolved the family’s issue. News agency ANI reported that with the written agreement the case has been resolved.

In a similar case reported from Mumbai, the Bombay High Court came to the rescue of an elderly couple, by asking their daughter-in-law to vacate their Bandra residence within a month’s time as she was allegedly harassing them. Earlier, the 44-year-old accused woman’s husband was ordered by a trial court to search for an apartment but the woman allegedly said no to as many as 49 flats that he had shortlisted. Following this, the HC ordered her to find an apartment herself within a given budget.

In October last year, justice Shalini Phansalkar Joshi said that it would be cruel to allow the elderly couple to continue to suffer the harassment caused by their daughter-in-law. However, the couple was finally given a respite by the Bombay HC.