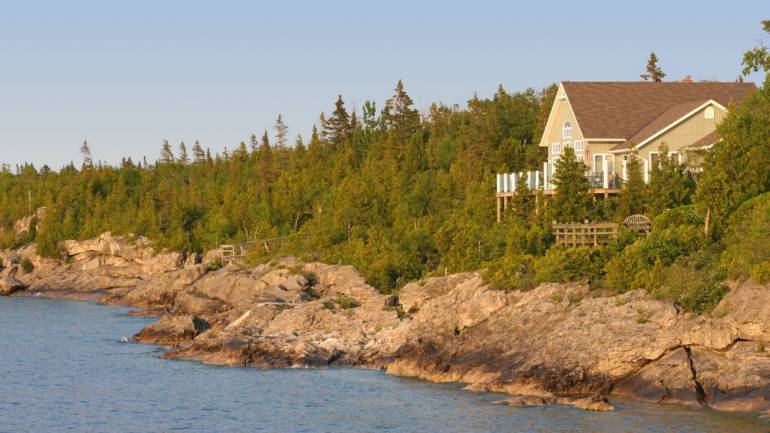 Has climate change started to impact property prices? While it is well known that rising water levels, heat waves, droughts, bush fires and floods are creating havoc and denting real estate values across the world, such natural calamities are being seriously tackled by governments at a policy level.

However, India is yet to wake up to this harsh reality. The floods in Mumbai, Chennai and Odisha, or for that matter, the rising pollution levels in Delhi NCR have brought to attention the dire need to implement transformative approaches and adapt best global practices to deal with such crisis.

However, following excessive flooding in Mumbai, Chennai and Odisha, buyers may hold a different view. In fact, the Supreme Court, too, expressed ‘shock’ over the construction of unauthorised residential structures in Kochi’s Maradu area, given the loss of lives during the recent floods. The apex court said that ‘illegal construction in coastal areas of Kerala is a colossal loss to the environment’ and ordered demolition of the structures as their construction had violated the stringent Coastal Regulatory Zone (CRZ) norms.

Buyers are increasingly becoming aware of the risks associated with purchasing such properties. Of late, such properties are witnessing lower demand, say real estate experts.

“Sea levels across the world are rising as the climate gets warmer whereas glaciers and ice sheets melt at an alarming rate. Global warming and the reality of climate change are certainly impacting the real estate sector as people are becoming increasingly wary of properties located near the coast. Even as sea-facing and lake-facing apartments retain their allure, home buyers are increasingly aware of the risk associated with purchasing such properties. Properties in vulnerable low-lying areas are already seeing lower demand from homebuyers. This dynamic will increase going forward,” says Prashant Thakur, director and head – Research, ANAROCK Property Consultants.

Homebuyers are now also slowly becoming aware of the associated risks and additional costs of repairing such properties and undertaking preventive maintenance, he says.

Which cities are likely to get impacted?

Rising sea levels are likely to impact areas such as Mumbai, Chennai, Goa, and parts of Kerala, Odisha and Andhra Pradesh.

Rising sea levels spell imminent danger for coastal areas with the east coast in particular more prone to cyclones. The regions that are likely to get impacted by rising sea levels are Mumbai, Chennai, Goa, and parts of Kerala, Odisha and Andhra Pradesh.

“So far, cities like Mumbai are yet not so alarmed and sea-facing or beach properties remains high in demand. However, in Chennai, once prime sea-facing properties lost value after a catastrophic natural disaster,” explains Thakur.

Global case studies -What is the magnitude of risk

According to a report by ScienceDaily, climate experts predict that approximately 2 percent of US homes — worth $882 billion — are at risk of being underwater by 2100 in low-lying coastal regions such as Florida and Hawaii. Around 10-12 percent of homes could be inundated. A new research has shown that real estate properties in areas affected by extreme weather and sea level rise are losing value relative to less exposed properties. The effects are already substantial, but they may point to a looming collapse as climate change makes coastal communities untenable.

Another US study says that properties exposed to rising sea levels sell at 7 percent discount, compared to properties not subject to climate-related risks.

A Climate Council Study undertaken in Australia has warned that property values could plunge over the next decade unless future governments have the political will to deal with climate change. The research estimates that residential property values losses of 571 billion dollars by 2030 related to extreme weather conditions, inundation of low lying coastal properties and higher insurance premiums.

That would wipe out approximately 9 percent of the nation’s total residential property values – about as much as has been lost so far in the current property slowdown. These losses would not be evenly spread as an estimate 5 to 6 percent of property owners bear the brunt of climate change risks.

Insurance companies would also have to reshape their risk strategies to manage extreme weather events. In fact, the cost of insuring properties, especially those along the coast, could become unaffordable for one in 19 owners who would have to pay annual premiums equivalent to 1 percent of their property value.

As per the study by the Actuaries Institute in Australia, if this were to happen, it would make as many as one in 10 properties in the country become uninsurable by the end of the century due to climate change.

What will be the risks (such as frequent flooding) that will come with buying or owning coastal properties? Will banks grant long-term mortgage? Will the cost of insurance cover increase?

“Banks will take their own calls, depending on how grave the see the situation to be. Such properties will certainly need to be protected with additional insurance. This additional long-term insurance will come at a higher cost further pushing the price of sea-facing/lake-facing properties,” says Thakur.

The construction costs of buildings in areas prone to flooding will also be understandably higher. Such structures need proper reinforcement, waterproofed electrical systems, flood barriers, deeper and reinforced foundations and even relocated ductwork.

Sadly, India is yet to wake up to such reality and there is hardly any penetration of like-to-like products. “India is still an immature real estate market. This is still a work in progress,” says Aashish Agarwal, senior director, Valuation and Advisory at Colliers International India.

But, the fact remains that, in the long run, the cost of insuring real estate properties impacted by natural calamities is bound to go up and will ultimately start eating into property prices. As things stand, properties located along the Mumbai sea coast, Chennai properties and even cities in Delhi-NCR which suffer the brunt of smog every year, will start feeling the pinch.

But, Agarwal does throw in a caveat: “Buildings that are LEED-certified, have air monitoring systems in place may incur fewer losses as compared to those that don’t. Owners of buildings that are not environmentally efficient may have to invest in installing engineering solutions or pay much higher insurance or live with the fact that their properties will continue to depreciate in value.”

And finally, the impact of climate change on properties is not a question of whether it will take place immediately. “It is more about when – will the impact be felt in 2030, 2040, 2050 or are we already feeling the pinch but are unaware of it,” he says.

“Currently, environment impact assessment in India is carried out only in certain areas and focuses heavily on some industrial sectors. There are also stringent restrictions on carrying out development in sensitive areas such as coastal regional zones, forest areas, etc. However, unlike other developed countries, there are no standardised ‘energy efficiency’ and ‘environmental impact’ ratings which are used pan India. While advising clients purchasing property abroad, we have observed that these ratings mandatorily apply to all the properties, whether residential or commercial and play a significant role in the valuation of these properties,” advocate Yudhist Narain Singh is a Senior Partner heading the real estate practice with YNS & Associates based in New Delhi.

Recently, a property consultancy was called upon to conduct due diligence of a property located on a cliff facing the sea in Goa for a client. When they assessed the chain of documents (which were mostly in Portuguese up to 1993) to see if the property was located within the coastal regional zone, they found it was located on paddy fields – a land that is protected and on which no conversion is allowed.

Interestingly, most property listings on UK websites have an energy performance certificate that gives the building a standard energy and carbon emission efficiency grade from ‘A’ to ‘G’, where ‘A’ is the most efficient and ‘D’ being the average to date.

Local administrations in coastal cities will have to make necessary preparations to protect themselves from the potential damage of climate change. One solution is to put up barriers to deal with rising sea levels, but this option is expensive. Another option is to grow mangroves along coastal areas as they act as natural barriers to fight rising sea levels.

“In cities like Mumbai, we are seeing the erosion of mangroves to accommodate more buildings. It will indeed take a more far-sighted approach to prepare for the inevitable,” says Thakur.

As per media reports, the city of Miami is investing 200 million dollars in resilience, installing pump stations and upgrading its infrastructure. Miami Beach is on track to spend twice that, raising sidewalks and seawalls. The money is coming from new bonds — voters raising their own property taxes to protect their property.